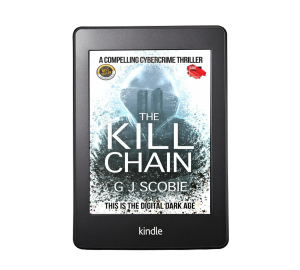 Eighteen days in and I can report I have completed two thirds of the second draft of The Kill Switch. I’m pleased with how it’s going, and so far the plot appears to be hanging together. It’s been a tough week with a funeral to attend and I’m now down with a heavy cold. I tested just to make sure it’s not Covid, but I’m feeling rough and have missed a couple of days. I used the writing slots to do some of the admin, that being a writer appears to generate. There is always something to be getting on with, around the actual task of putting words down on the page. I felt I needed to step away from the draft for a few days before returning to it. Despite the coughing and lack of sleep, I feel I’ve done well to get back on track. I’m just hoping that the final third of this second draft is going to go according to plan and that there are no plot holes waiting for me to fall into.

I am the sort of writer that always wants to be working on something other than what I’m working on, if that makes sense. I’m enjoying writing The Kill Switch, but I have other works in progress, and these always appear more exciting. I know from experience if I decide to work on something else, I will soon decide the work I put aside is now more exciting. I have improved when it comes to finishing a piece of work. I’ve been guilty in the past of continually moving on to the next project without properly completing the novel I had been writing. Right now I’m finding it difficult to work on more than one book at the same time. I find I can jot down notes and ideas and do some planning on others novels, but actually switching between two novels that are in progress is still beyond me for now. This is why I plan out my weeks, and make effort to complete a current draft in a timescale I feel comfortable with. Once that target has been met, I can decide to take a break, work on something else for a few weeks and then return to the previous novel. I work full-time in a demanding job, so my time management is well-honed. I do wonder at times if I left my work, would I write more? I don’t know. I write fast due to my circumstances, almost always early morning. If I had all day I suspect I would spend some extra time writing, but I have other interests which I want to spend more time on in future. For now though, I have the final third of draft two of The Kill Switch to finish up by the end of November, and then it’s onto my favourite part of the whole process – draft three.